Maasai Mara National Reserve also known as Maasai Mara, Masai Mara and by the locals as The Mara is a large game reserve in Narok County, Kenya, contiguous with the Serengeti National Park in Mara Region, Tanzania. It is named in honor of the Maasai people the ancestral inhabitants of the area and their description of the area when looked at from afar: “Mara,” which is Maa (Maasai language) for “spotted,” an apt description for the circles of trees, scrub, savanna, and cloud shadows that mark the area.

It is globally famous for its exceptional population of lions, leopards and cheetahs, and the annual migration of zebra, Thomson’s gazelle, and wildebeest to and from the Serengeti every year from July to October, known as the Great Migration.

After breakfast, depart for Masai Mara – the sights, sounds, colors and spectacle that spell Africa The African Margic. Arrive in time for lunch. After lunch, enjoy an afternoon game drive to get a closer look at the Mara. On the plains, with their endless vistas and enormous herds of grazing animals, look for the predators hidden among the acacia trees: Black-maned lion, Cheetah and Leopard among others. There are hippos in the Mara rivers and exotic birds everywhere. Returns to an archetypal Mara lodge/tented camp for sundowners, dinner and overnight stay.

Leave for an early morning game drive that promises to be thrilling. The sheer enormity of the Mara and the abundance of exotic wildlife offer endless opportunities for excitement. Return to the lodge/tented camp for breakfast and then depart for Nairobi. 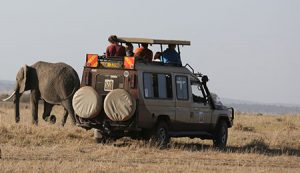 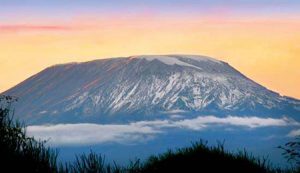 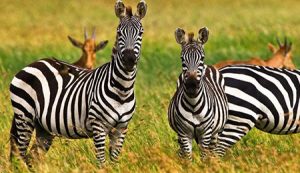